I’ve been pretty impressed by the amount of views and votes I’ve received, but the park that won by a whopping 45% was…

Whoo hoo! I had kind of suspected that Magic Kingdom would win, but hey, you never know, right? Either way, I am super excited to spend the month of March talking about everything from the history of Magic Kingdom, to the low down on all of the attractions, restaurants, shops, and more!

So let’s jump right in, shall we?

“So which park is your favorite? Disney World?”

It’s an easy mistake to make! With Cinderella’s Castle standing at a stunning 189 feet right in the center of the attraction-driven, whimsical wonderland, it’s obvious that this is the park that Walt Disney wanted his whole “world” built around. Magic Kingdom was the first park to be built and opened on the massive piece of land that was first purchased by Walt Disney throughout the early 1960’s. It was to be a larger replica of his Disneyland park in California. Sadly, Walt died on December 15, 1966 and never saw the completed product of his dreaming, whose construction was then take over by his brother Roy O. Disney.

Magic Kingdom had it’s grand opening on October 1, 1971 with immediate success. By Thanksgiving of that year, they were already reaching full capacity during park hours! At that time, I believe admission was a pocket-breaking $3.50 for adults and $1.00 for children. However, park admission did not give you access to all of the rides and attractions like it does today. Only some of the attractions were included in that price and the others you had to pay anywhere from ten to ninety cents to ride, based on the category, or rating, of that ride. Admission to these rides were sold in booklets that contained seven to eleven ticket vouchers of various categories. Now, however, ticket prices are a bit more. Adults are charged $87.33 and children (ages 3-9) $78.81. I promise, though, the experience is worth the price! 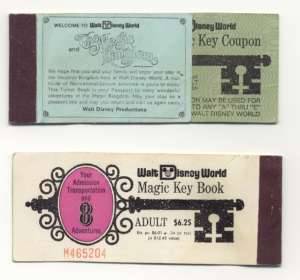 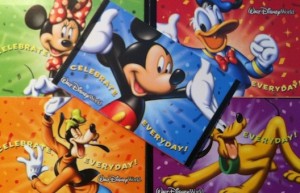 Magic Kingdom is accessible by car or by the Disney Transportation System, if you are staying at a Disney property hotel. If you use Disney transportation, you will be dropped off by bus right at the front gates of the park. If you choose to drive, parking is $14.00 per day. 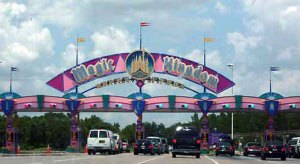 There is a parking lot tram that you can ride if you are trying to spare your feet for all the walking you will do once inside the gates. The tram will drop you off at the Transportation Center, where you can take a cruise on a ferry boat across the Seven Seas Lagoon to the entrance of Magic Kingdom, 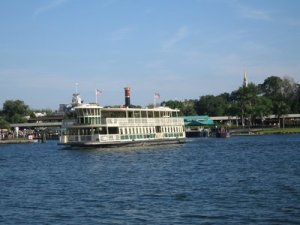 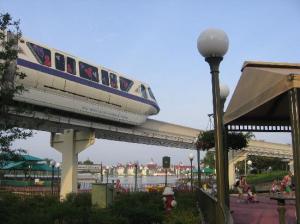 Once you reach the front of the park, you will be required to have any bags or coolers you have with you checked, and then you can present your ticket and pass through the turnstile into the world where dreams come true. 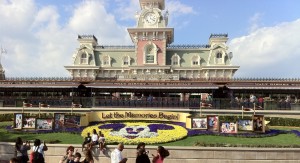 Want to know one of the best kept Disney secrets? Magic Kingdom actually sits fourteen feet above the original ground level. What’s underneath? Something that Walt Disney liked to call the Utilidors, or utility corridors. See, Walt thought that seeing Cast Members walk to and from their job positions ruined part of the magical experience that he was trying to set. His solution was to build an underground space where employees could get from one side of the park to the other without being seen by guests. Food service and garbage disposal all happen underground and out of sight, in addition to the attractions’ operating systems, and offices and cafeterias for the Cast Members. It’s really great. I have actually had the privileged to see it for myself, since I was once a Cast Member. But being an employee is not the only way to lay eyes on this astonishing secret. You too can venture below when you take the cast-guided Key’s to the Kingdom Tour.

Up above, Magic Kingdom is broken up into six lands: Main Street USA, Adventureland, Frontierland, Liberty Square, Fantasyland, and Tomrrowland. Each land offers an atmosphere worthy of it’s name with appropriately themed buildings, shops, rides, shows, and music. As you stroll through each land you can learn how to be a pirate, take a ride on a run-away train, hear a speech from our Founding Fathers, take a trip through outer space, and fly over London with Peter Pan all in one day!

Now that’s what Disney magic is all about!

Well, I could go on and on, but I think I need to save some surprises for later. 🙂