Remember how I told you previously that I volunteer in our kids program, UpStreet, at our church? Well, the part that I left out was that I volunteer under a rockstar of an UpStreet Director named Beth Green. She is amazing in many, many ways, but one of the things that Tim and I love about her is that she is a Disney fanatic as well! One day when talking about our Disney vacations she told me that when her two boys were growing up, they would plan monthly parties to countdown the time until they left for their trip. They would take turns picking a Disney movie to watch and would plan that night’s dinner and/or activities around it. It would make the waiting fun!

What a great idea! So I told my family about it and we decided to do the very same! We only have five months until we leave for our trip, but that is still five fun parties to have! This month we decided to start with Beauty and the Beast. My sister picked this one because she really wanted to attempt making “grey stuff.” (“It’s delicious! Don’t believe me? Ask the dishes!”) Make “grey stuff,” we did. We also curled up under a rose-clad blanket in our Disney t-shirts and pajama bottoms and enjoyed the Academy Award nominated Disney classic.

We had a blast! My dad and Tim braved the Disney party like real men, and in the end I think they had just as much fun as us cheesy girls. 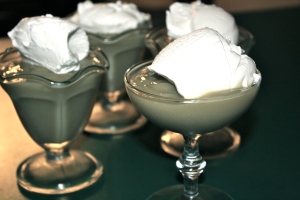 We timed it to where we ate the “grey stuff” right as they were singing Be Our Guest. I think it made it taste even more delicious. And for you curious folks, it was just vanilla pudding and food coloring.

In fact, we had so much fun that we couldn’t wait to pick out the movies for our future Countdown Parties and plan what fun dinners we would have with them. We actually have all four planned out already, but I will keep it a surprise and tell you about them as they come.

So all you fellow Disney-Goers out there…does your family do anything fun to make the time until you leave for your trip more enjoyable? If so, I’d love to hear about it! Maybe my family will add it to our Countdown Parties and Itinerary Illustrating…

Until next time, [in my best Lumiere voice] “Au revoir!” 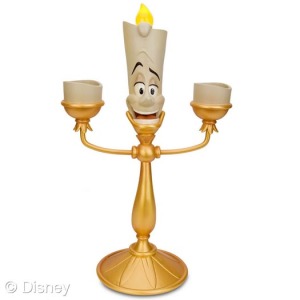 2 thoughts on “Countdown Party: Beauty and the Beast”