I have a really fun fact that one of my good friends, Courtney, brought to my attention a few months ago. I thought this was super cool, and probably my dream job at Disney if they were still hiring for it! 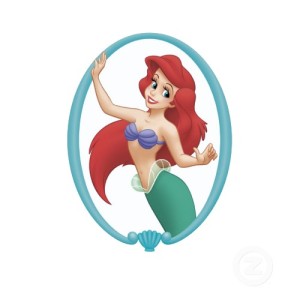 Did you know that 24 years before that beautiful but rebellious, red-headed teen splashed onto the big screen there were real mermaids making waves in the world of Disney?

Well it’s true! From 1965 to 1967, Disneyland hired cute California girls to live the life of a mermaid for about four hours a day in the waters of their Submarine Voyage attraction. Auditions took place in the Disneyland Hotel pool, where the requirements were to be between 5ft 4in – 5ft 7in in height, have long hair, and good swimming abilities. 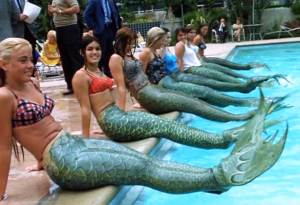 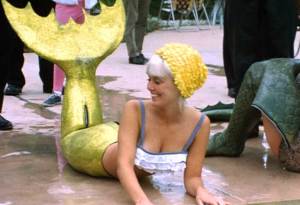 Sunbathing, swimming, primping in an over-sized mirror, and brushing their hair were just a few of the responsibilities of those hired to be a Disney mermaid. Tough life, huh? 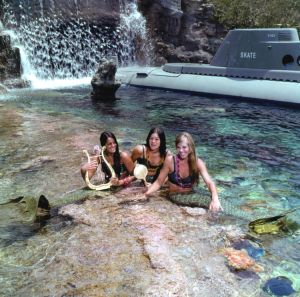 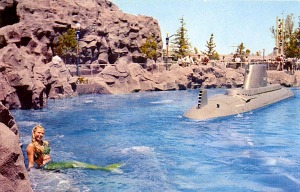 In fall 1998, Disneyland closed Submarine Voyage with the promise that it would one day re-open. In June 2007, the newly named and remodeled Finding Nemo Submarine Voyage opened. Now, instead of mermaids, three seagulls perch nearby bellowing “Mine! Mine! Mine!” 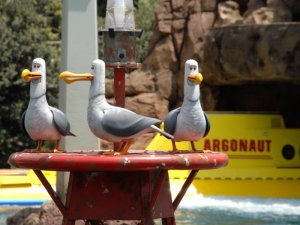 Still cool, I guess…but just so Disney knows, if they ever decide to go back to the ways of the old days and start hiring sunbathing mermaids again, I’ll be first in line to audition! I may just have to fluff a little on the height requirements…and do some crunches after birthing two children. Ah well…

With all of this mermaid talk, who’s really wishing they could take a dip in a swimming pool right now?