Tim and I are fans of dating your spouse. Although we don’t “date” nearly as often as we once did, Tim and I still love getting away from parent-world every now and then to reconnect and to continue making fun memories together. After all, once the kids grow up and leave the house, it’s going to be just the two of us again; and just the way they say you should parent with the future in mind, I believe you should treat your marriage the same way.

Last night, we went on a pretty rockin’ adult date.

It’s no secret that Tim and I love our TV time. We are always tweeting about the shows we watch from trash TV like Real Housewives to quality productions like The Walking Dead…and pretty much everything in between. One show we are sure to catch every season of is Top Chef. With a snack. At 10:00 at night.

How can you watch that show without getting hungry?

If you have watched a season of two of Top Chef you may have heard of a guy named Richard Blais. He competed in season four only to become runner up, but returned to Top Chef All-Stars in 2010 to take home the title. He owns three restaurants in Atlanta {Flip Burger, HD1, and The Spence}, and last night Tim and I got to go on the most adult date we’ve ever been on to his newest restaurant, The Spence. Richard held a private event to promote his new cookbook Try This At Home. He spoke a little bit about the book and the inspiration behind it, and then had a Q&A time while we sampled some of his appetizers.

There should totally be a standing ovation for me right now. I tried things I would never touch on a normal day. I ate salmon, for goodness sakes! I don’t eat seafood. Like at all. And guess what. It was my favorite appetizer they had. Crazy, I know!

We were definitely one of the youngest {if not the youngest} couples there, but we felt so sophisticated and fancy sitting there amongst the wine-sipping swarm, critiquing the dishes as if we were Padma and Tom. Maybe more like Gail and Tom. “Yes, I’d say that the breading of the cheddar wurst stuffed olive was a bit on the salty side…but the pickled onion on the smoked salmon really added a punch of sweetness that countered the savory note of the fish perfectly.”

Well, at least we impress ourselves. 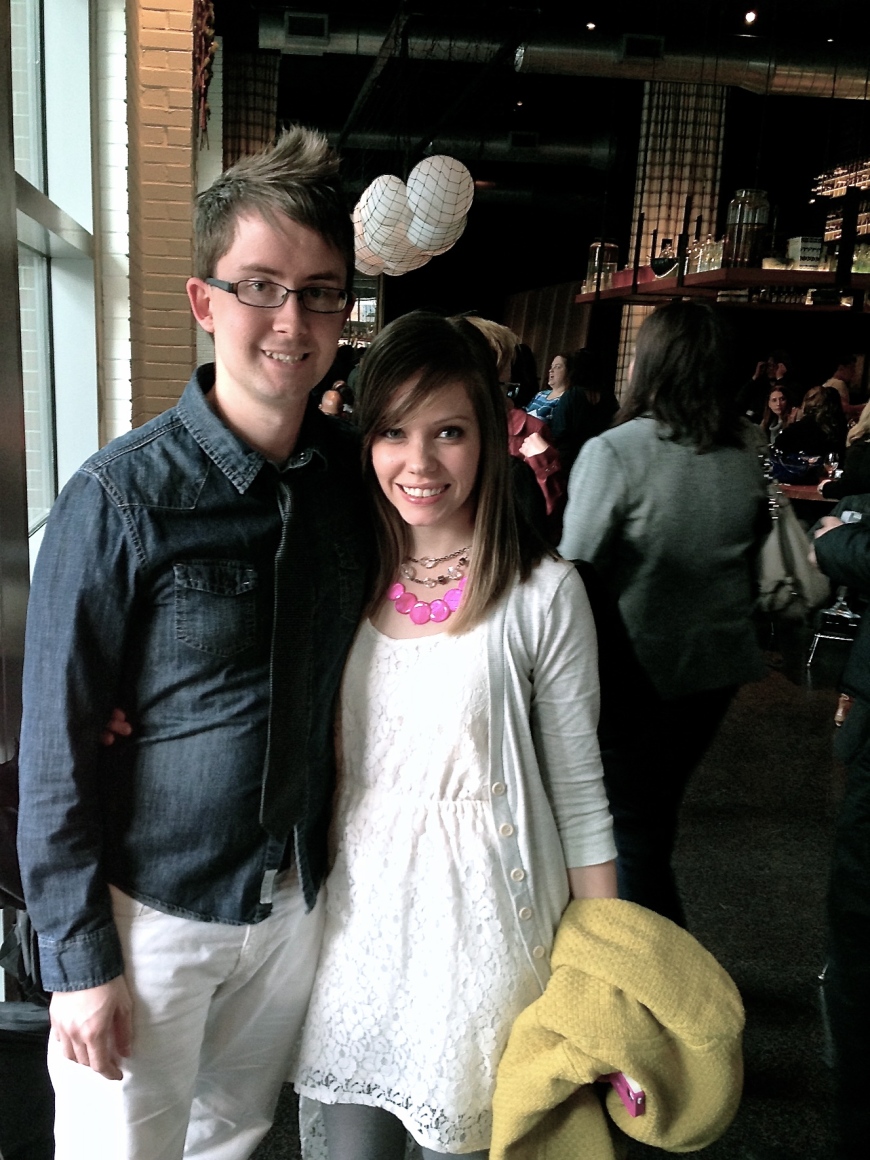 It was a great night. And since a random assortment of tasty appetizers didn’t really fill up the tank, we hit up The Varsity on the way home.

What can I say. We have really sophisticated palates.

In conclusion, go date your spouse! It’s a really tasty world out there!