Do you know who Duffy the Disney Bear is?

There are so many people that don’t know the bear that has become so beloved in the Elrod family. We have also had many friends that have gone to WDW and come back saying, “And then we got our picture with this bear in EPCOT. I don’t really know why he was there. Who is he?”

Well, Duffy the Disney bear was first briefly introduced in 2002, but only gained popularity after being noticed and loved by the visitors of Tokyo DisneySea park in Tokyo, Japan. In 2010 they brought Duffy back to WDW and he has had mixed reviews ever since.

For the Disney story behind the bear, grab your kiddos and check out this video of how he came to be.

Personally, we love Duffy, but maybe that’s because we have two young boys that have really taken to him. Both of our boys sleep with their own Duffy every night and play with them almost everyday. At this age, I’d say that our boys really play with Duffy more than they do their stuffed Mickey toys! Tim and I have, in turn, really grown to love the bear that follows around Jack and Cole like a fluffy little shadow.

However, so many Disney goers like ourselves feel exactly the opposite. I can’t tell you how many tweets and blogs I read that bash Duffy. One person even scoffed at Duffy even being included in the Christmas Day parade at Magic Kingdom.

Poor Duffy. Well, I am here to be a voice on the other end. I’m here to defend Duffy. We love you, Duffy Bear! We love that Jack and Cole love you, and you can count on coming to WDW with us every trip, so that we can stuff you full of more Disney memories and love, just like Minnie did. 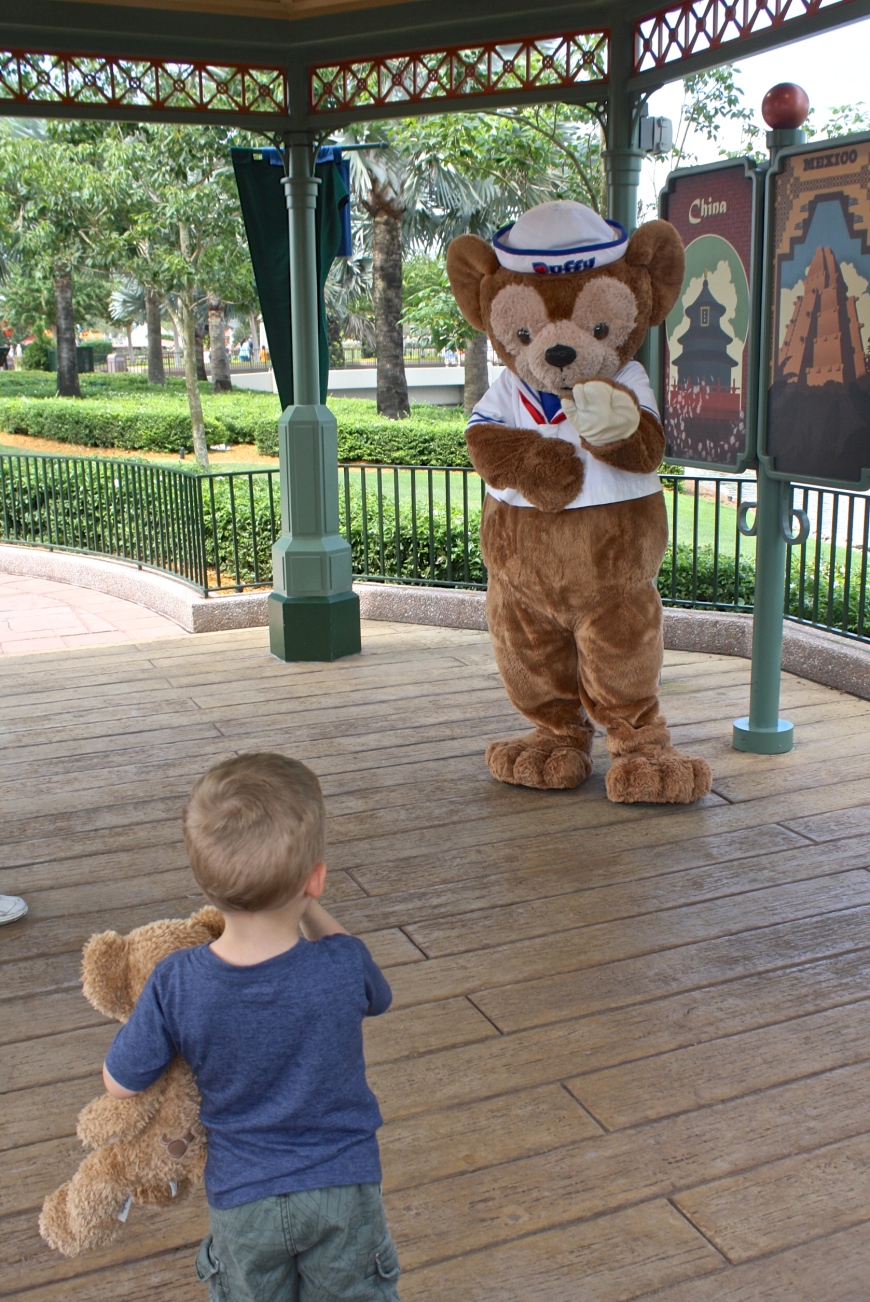 So what side of the Duffy-fence are you on? Or is this the first time you are really learning who Duffy the Disney Bear really is?

2 thoughts on “Here’s What We Think: Defending Duffy”